Transporting quantum information over long distances with glass fibers and paving the way for the quantum Internet: With this goal in mind, the Dutch research center QuTech and the Fraunhofer Institute for Laser Technology ILT launched the ICON project QFC-4-1QID on September 1, 2019. In this long-term strategic partnership between the research institutions, the scientists will be developing quantum frequency converters that will connect quantum processors to fiber optic networks. The new technology will be used in the world's first quantum Internet demonstrator in 2022.

“ICON – International Cooperation and Networking” is an internal funding program launched by the Fraunhofer-Gesellschaft to bring top international researchers together and to facilitate cooperation with excellent foreign research institutions on a project basis.

Fraunhofer ILT and QuTech, the quantum institute of the Delft University of Technology and the Netherlands Organization for Applied Scientific Research TNO, are now starting to collaborate within the ICON project “Low-Noise Frequency Converters for the First Quantum Internet Demonstrator - QFC-4-1QID”. QuTech is one of the world’s leading research centers in the fields of quantum computing and quantum internet. The first project phase will last three years and comprises joint research activities with a total volume of approx. 2.5 million euros.

Quantum computers will soon make it possible to perform highly complex calculations and algorithms in the shortest possible time and, thus, will revolutionize information technology. In the future, several quantum computers will be connected to a quantum internet in an absolutely secure manner creating many new possibilities such as for instance distributed quantum computing. To accomplish this, photonics is a key technology: Individual photons and quantum states can be specifically generated, manipulated and controlled using laser technology.

In the QFC-4-1QID project, the partners are developing technologies with which the wavelength or frequency of individual photons can be specifically converted without impairing quantum information. They aim to then transmit the photons through glass fibers with low loss and to couple qubits – the smallest computing units of a quantum computer – over long distances.

Designing the corresponding quantum frequency converters poses a great challenge – they must exhibit high overall efficiency and low noise in the output signal. It is a matter of converting photons emitting at a wavelength of 637 nm from nitrogen-vacancy centers in diamond, which serve as qubits at the QuTech in Delft. “For long-distance connections with the lowest possible transmission losses, these photons must be modified so that their wavelengths are in the telecommunications bands between 1500 nm and 1600 nm,” explains Florian Elsen, project manager and coordinator for quantum technology at Fraunhofer ILT.

So far, only the basic principle of quantum frequency converters has been demonstrated. The frequency converters with specifications relevant to the application will be implemented in the QFC-4-1QID project in the first step using laboratory setups. This will be followed later by the development of prototypes and integrated components – for example in funded follow-up projects and R&D collaborations with industry partners.

On the way to quantum Internet with QuTech

The world's first quantum internet demonstrator of the QuTech Collaboration (1QID) will connect four cities in the Netherlands in 2022, each with access to a common quantum system. In 2014, the TU Delft and the Dutch organization TNO founded the research center Qutech, which serves both the scientific and engineering sectors.

By participating in the new ICON project, the Fraunhofer-Gesellschaft is helping to create the vital technological prerequisites for the first quantum internet and positioning itself as a sought-after international research partner in the field of new quantum technologies.

Interested visitors can gain further insight into current research at an expert forum on current quantum technologies at “AKL'20 – International Laser Technology Congress” on May 6, 2020 in Aachen, Germany. 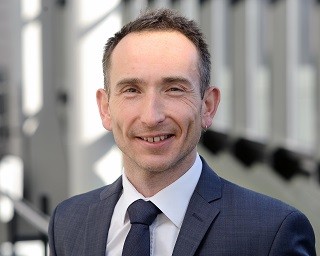