Stay up to date! We would be happy to place you on our German or English press mailing list.

The Aachen Fraunhofer Institute for Laser Technology ILT has delivered impressive results at its “5th Conference on Laser Polishing LaP.” Once again, more than 70 experts from all over the world met in October 2022 to discuss the state of the art in laser-based alternatives for polishing components made of glass, metal and plastic, among other materials. The virtual English language conference focused on laser deburring and laser polishing as well as on related topics such as metrology and process control.
Read more

Every two years, the “UKP Workshop” gives its visitors a sneak peek into the current state of this innovative laser technology. It will be that time again: On April 26 and 27, 2023, the ultrafast laser community will meet in Aachen. In addition to presenting the state of the art in kW beam sources, the workshop will focus on process development and future markets for laser material processing. For two days, experts from research and industry will exchange ideas – finally in live personal contact again.
Read more

Lasers have ignited a mini star on earth, laying the foundation for a clean energy source of the future: A historical breakthrough in inertial confinement fusion research at the National Ignition Facility at Lawrence Livermore National Lab and a defining moment for Photonics! One of the most promising applications of laser technology, the realization of laser-driven fusion, has achieved a historical breakthrough. As announced by Lawrence Livermore National Laboratory (LLNL, California, USA) in its press release dated December 13, 2022, American scientists at the National Ignition Facility (NIF) were able to release a fusion energy of 3.15 megajoules (MJ) from a pellet filled with the hydrogen isotopes deuterium and tritium. This is equivalent to 154 percent of the expended energy equivalent to 2.05 MJ of the laser pulse that triggered the explosion. This net energy gain represents the first internationally long-awaited breakthrough in fusion research. These results will provide unprecedented capability to support US Department of Energy’s High Energy Density Physics mission and established the physics platform to generate an efficient energy source comparable to the sun, making it a viable long-term complement to renewable energy.
Read more

Press Releases of the Fraunhofer ILT

Press Review of the Fraunhofer ILT

Information of Fraunhofer ILT on the current coronavirus pandemic to customers, partners, visitors and those interested in our services

At the Fraunhofer Institute for Laser Technology ILT, we place the highest priority on the safety and health of our employees, customers and visitors. Hence, in connection with the ongoing Covid-19 pandemic, Fraunhofer ILT has set up a crisis management team and is implementing the guidelines of the German authorities.

Current announcement on the COVID-19 pandemic 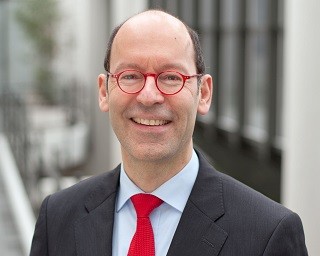 Head of department Marketing and Communications